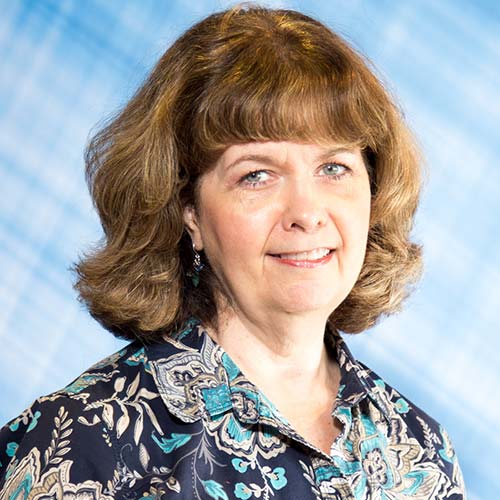 Cindy Roller has been a Computer Programming instructor at Southeast Tech since April of 1991, and currently specializes in MS Visual C#, ASP.NET, and web development courses.

She served as an advisor for Southeast’s student PBL club from 1992 – 1998, and won the 1st Place Outstanding Local Advisor Award in 1997. In 1998, Cindy took a one-year professional leave to work as a project manager in the IT department at Lodgenet in Sioux Falls, SD, but she continued to teach part time.

Before starting at Southeast Tech, Cindy earned her Bachelor’s degree from Dakota State University in Madison, South Dakota with an emphasis in computer programming. She worked as a Programmer Analyst for a small manufacturing company in Brookings, SD.

Some of Cindy’s other interests include photography, gardening and quilting.