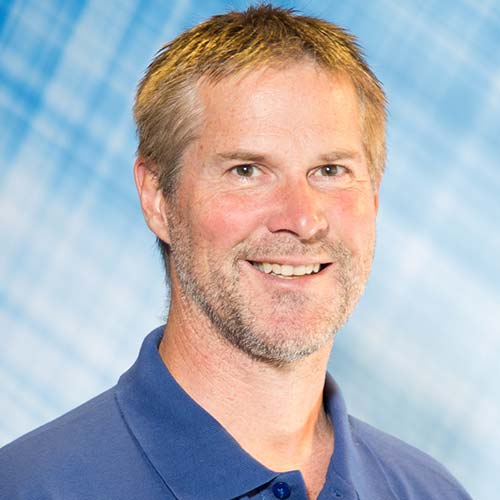 Merrel teaches CIS Networking with a specialization in Cisco’s CCNA curriculum. He began teaching at Southeast Tech in 1998. He has a master's degree in kinesiology-physiology with an emphasis in exercise physiology from the University of Nebraska-Lincoln. He holds five publications in exercise science in refereed journals and has presented at state and local conferences. He has accrued extensive industry experience, having:

Merrel was honored as the 1992 Dell Rapids, HS Coach of the Year. He has coached many youth sports teams since 1995.

Regarding his teaching philosophy, he states, "I believe that it is a teacher's role to facilitate the learning and success of our students. I support and encourage students to reach their full potential.
Merrel has been the Cisco Regional Academy director at Southeast Tech since 2002.