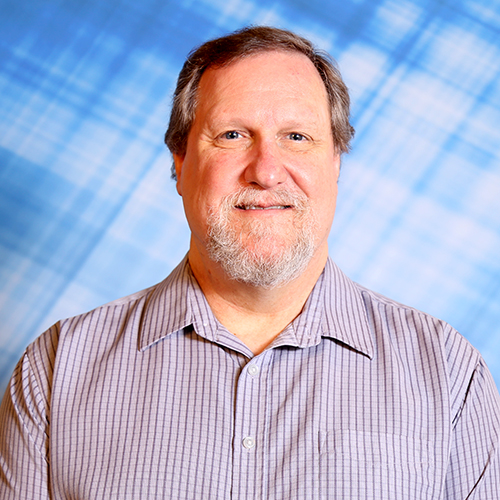 Roger began teaching at Southeast Tech in January, 1998. He specializes in the database and Java area within the department. Prior to teaching at Southeast Tech, Roger held positions as a Database Analyst for an insurance company for six years, Consultant for an internationally known company for four years, Programmer Analyst for the federal government for three years, and taught programming classes for one year.

He learned his first programming language in 1979 while in high school and never looked back. This happened to be the first year a computer class was offered at his high school.

Being in the computer programming industry his entire career has reinforced that you need to be a life-long learner and he brings a unique perspective with his many years of experience prior to becoming a teacher at Southeast Tech.
Roger’s other interests include volunteering for activities at his church, genealogy and video games.