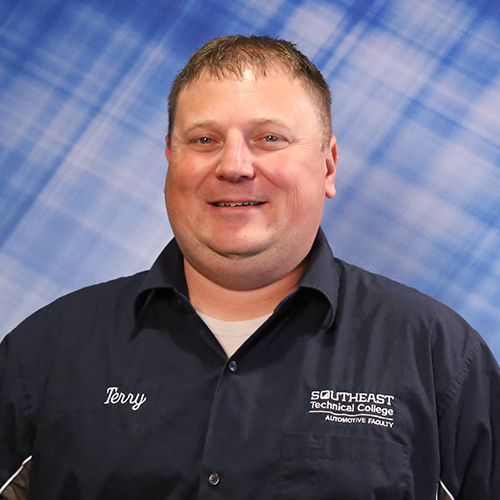 Terry Prouty began working for Southeast Tech in August of 2010. After completing he worked full time for Jay Egge Automatic Service. In 2009 he went back to part-time so he could pursue a career in teaching. Terry is master certified in ASE and holds a post-secondary teaching certificate.

Terry owned and drove a racecar in the late model street stock class. He is also a third generation mechanic, which comes in handy for repairing his race car.